Have you ever been to one of those small-town restaurants with a menu that’s bigger than the table? If you have, you know exactly how difficult it can be to decide what food you want to eat at that exact moment.

How does this place do lasagna, pad thai, fried bologna sandwiches, and lobster at the same time? More importantly, which of these do they do well, and which items are only on the menu for out-of-towners who don’t know better?

The same can be said of shopping for an electricity provider in Texas. There are over 130 retail electricity providers (REPs), each of which has its own deals and plans that make the process even more overwhelming. Don’t get stuck with the $20 pork chop that tastes frostbitten!

Find the best in seconds with Power Wizard!

You can go through the trouble of going through the menu line-by-line or you can go with a friend who already knows the answer. Our shopping tool is that friend!

Keep reading if you want to know more about the history of deregulation in Texas and how you can find the best solution on your own. Or, save yourself time and just use the shopping tool to find out the best option immediately.

The History Of Electricity In Texas 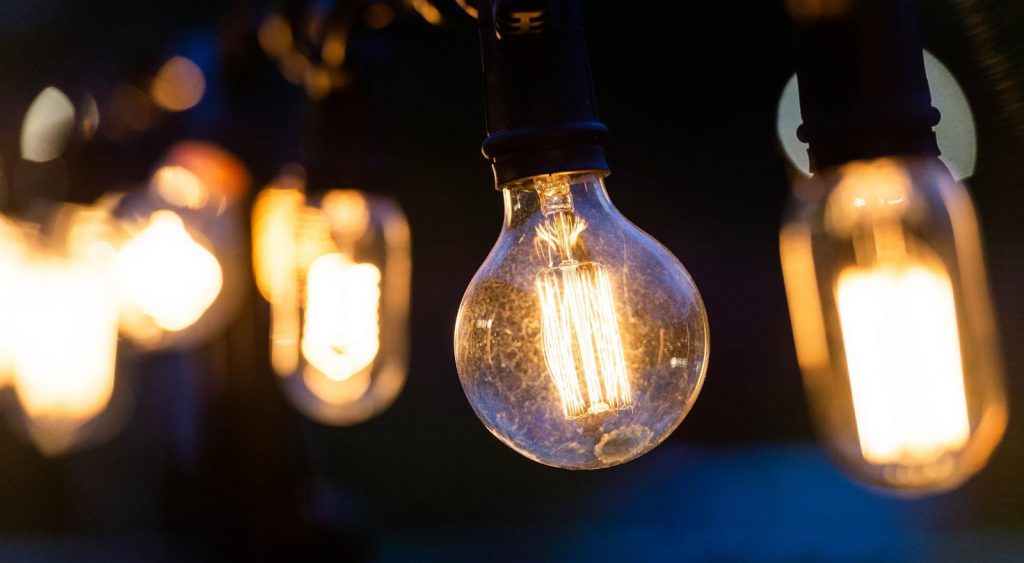 The history of Texas electricity mimicked that of most of the United States until deregulated electricity came along. Then, Texas became much different.

Below, we share a chronological history of Texas electricity.

From that point on, electricity spread across the United States, including Texas. This happened rapidly.

The first electric power plant was built in Galveston, Texas in the early 1880s. This was just a couple of years after electricity was discovered!

Most major cities in Texas, including Dallas, Austin, Waco, and Houston, had electricity in the late 1800s. At night, homes would be lit up with lights powered by electricity. People in major cities no longer lived by candlelight. Over the next couple of decades, electricity expansion was slow outside of these major cities.

In the early 1930s, electricity usage in Texas had increased dramatically since the late 1800s.

That’s nearly a 375% increase in electricity usage in just 15 years!

But, there was a problem:

Remember, electricity came to Texas nearly 50 years earlier. Those people in rural communities still cooked using wood-burning stoves. They didn’t have radio communication. They were still living as if they were in the 1880s. President Franklin D. Roosevelt created a plan called the Emergency Relief Act in 1936 that began supplying electricity to rural communities in the United States, including Texas.

Something else happened around this time that changed electricity in Texas:

Several different electric utility cooperatives were supplying electricity to residents in Texas. They joined forces in the 1940s to create the Texas Interconnected System (TIS) to support the efforts of WWII.

It is believed that this system was the catalyst for deregulated electricity in Texas.

When did Texas deregulate electricity? Well, the process of deregulated electricity in Texas actually started in the 1940s.

Round 1 of Deregulated Electricity: The 1940s

As we mentioned above, utility cooperatives joined forces during WWII to create the TIS.

They found that being linked created efficiencies (and lower prices for consumers).

Why was this the beginning of deregulated electricity in Texas? Representatives from the TIS created a different organization in the 1970s that’s still in effect today.

Round 2 of Deregulated Electricity: The 1970s

In the 1970s, representatives from the TIS created the Electric Reliability Council of Texas (ERCOT). This organization is still in effect today.

According to ERCOT’s website, this is what they currently do:

“The Electric Reliability Council of Texas (ERCOT) manages the flow of electric power to more than 25 million Texas customers — representing about 90 percent of the state’s electric load. As the independent system operator for the region, ERCOT schedules power on an electric grid that connects more than 46,500 miles of transmission lines and 650+ generation units.”

They control the electricity grid in Texas.

But something else also happened in the 1970s that most people would agree was the “official” start of deregulated electricity in Texas:

And, just like the name suggests, this act enforces regulations on the electricity providers in Texas. It tried to standardize and regulate rates and services.

The issue is that PURA didn’t work.

Electricity rates started to climb. They continuously increased. People in Texas started to worry. Twenty years after PURA was enacted, the State finally took action to try to fix things.

At the most basic level, the Bill allowed for competition in the wholesale electricity market. It allowed private electricity companies to enter the market and compete.

Just like that, the deregulated electricity market was born in Texas.

This is still the Bill that’s in effect today. So, if you live in a deregulated city in Texas, you can choose whichever REP you want. Right now, there are over 130 REPs in Texas. 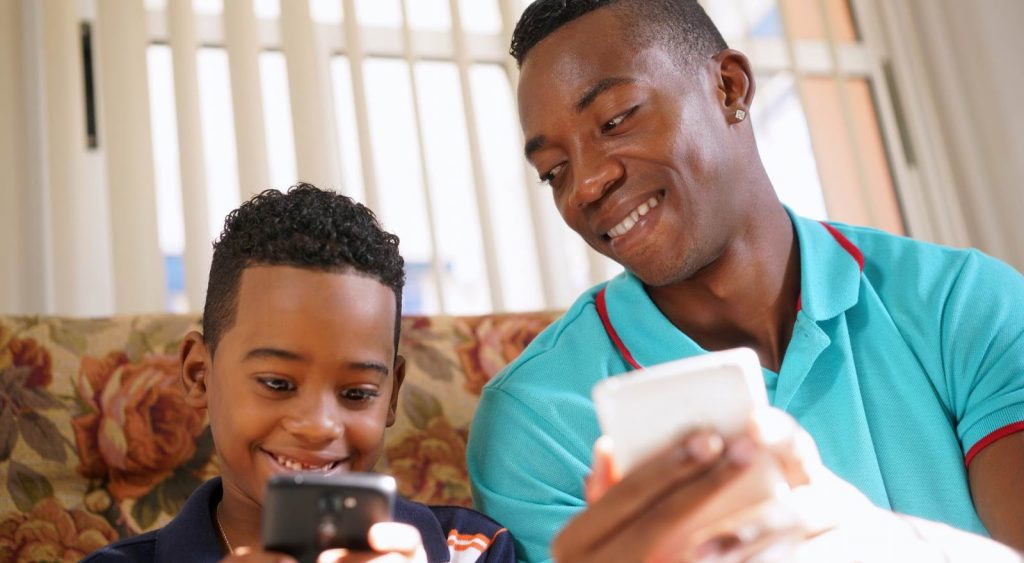 In this section, we will compare electric rates in Texas historically.

How much did electricity in Texas cost in the 1930s? The 1990s? How much does it cost now? Below is a comparison of electricity rates in Texas from a historical perspective:

First, it’s hard to find data about average electricity rates in Texas before deregulation and Bill 7 in 2002.

Here’s what we do know about electricity rates in Texas in the early 1900s:

“The average cost per kilowatt-hour to the consumer in 1945 was about one-half what it was in 1925.”

This is data from the Texas State Historical Association. And, the data makes sense. Texas in the early 1900s only had a couple of power plants scattered throughout the state. In 1925, electricity in Texas hadn’t achieved economies of scale yet.

Over the next 20 years, Texas’s electricity continued to modernize and expand. Consequently, prices dropped. Since the 1940s, the price of electricity in Texas has steadily gone up over each decade.

How Is Electricity Produced In Texas?

Texas actually generates twice as much energy as the next-highest state, which is Florida.

But how does Texas actually produce electricity?

There’s a variety of ways that Texas produces electricity:

What is Specifically Unique About Electricity In Texas?

The most unique part about electricity in Texas is deregulation.

Deregulation allows private companies to supply electricity to consumers. Because of this, dozens of REPs are competing for your business.

What’s the goal of deregulation?

The goal is to reduce prices for the consumer. The government figured that if private companies could enter the market, they could streamline and modernize the process, hopefully resulting in lower prices.

According to the Public Utility Commission of Texas (PUCT), electricity companies have the right to refuse service to the consumer if the following qualifications apply:

The PUCT also states that electricity companies can disconnect your electricity service if:

Many laws protect electricity consumers in Texas. The laws that most residents care about most are called “shut off laws.”

As an electricity consumer, this is what you need to know about your rights when it comes to “shut off laws” in Texas:

This data is directly from the PUCT, which governs and protects the citizens of Texas.

“Your REP may not authorize disconnection of your electric service for any of the following reasons:

How To Save Electricity In Texas: 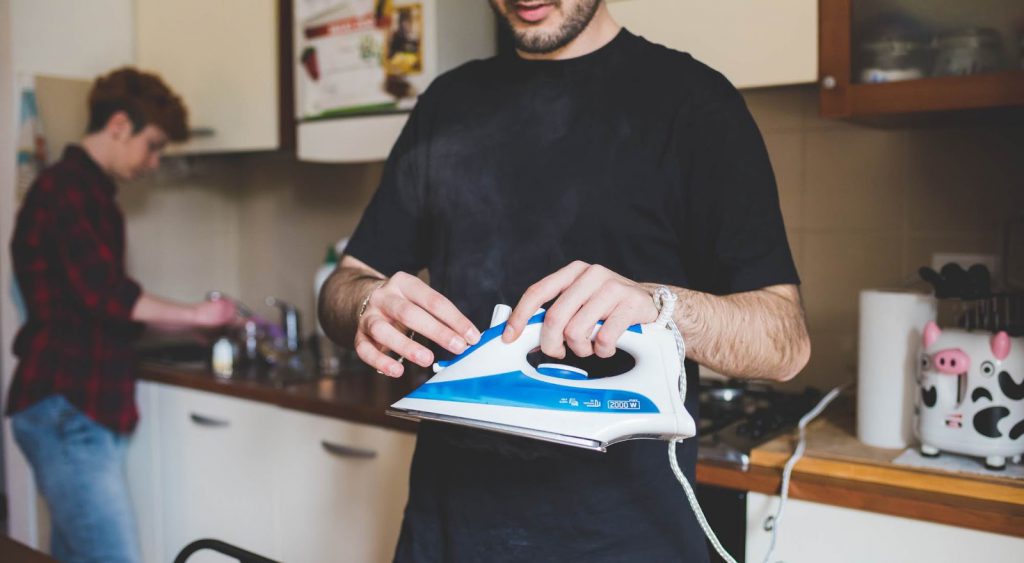 Below, we share 5 ways to help you save money on your electric bill in Texas.

Did you know that turning off your air conditioning in the middle of the day might actually cost you money?

What’s the best way to manage your air conditioning?

The best way is to have a programmable air conditioning thermostat.

When you’re home in the summer, program the temperature to sit around 78 degrees. When you’re gone, set it at 82-84 degrees.

Many people forget to turn off their air conditioning (or their heat, for that matter). By programming it, you’ll likely save yourself some money.

This one is pretty basic. But, it might be more powerful than you’d think.

Many people refer to this form of wasting energy & increasing your electricity bill as “vampire energy.”

Recent data suggests that Americans could be spending up to $18 billion each year on this vampire energy.

Here’s an easy tip to make your life easier:

Use power strips. Instead of manually unplugging electronics and then plugging them back in, you can easily flip the switch on your power strip to turn on/off your electronics.

You think this would be self-explanatory, but often people don’t abide by this rule.

If it’s hot out, don’t leave the windows open while you’re blasting the AC. Your home will not cool down to the desired temperature and your air conditioning will continue to run.

If it’s cold outside, don’t leave the windows open while you’re cranking the heat. Your home will not heat up to the desired temperature and your heating system will continue to run.

Weatherstripping is a way to seal off doors, windows, and other openings from the weather.

In older homes, it’s likely that your exterior doors and windows aren’t completely sealed. As a result, these openings are allowing hot air in the summer and cold air in the winter to penetrate your home.

Step 5: Check Your Insulation (Especially In The Attic)

Recent data found that poor insulation could cost homeowners like you hundreds of dollars on your electricity bill over the year.

Why does insulation matter?

If your insulation is allowing hot or cold air into your home, you’ll likely spend more money on your heating and cooling costs.