The Texas Electric Power Grid - Everything You Wanted To Know

The state of Texas has its own power grid and is the only state in the lower 48 to do so. Plugged into that grid are over 130 providers of power for the citizens of our great state. It’s like going to one of those beer gardens with over 100 taps on the wall – exciting and overwhelming at the same time.

Sadly, for the majority of people, seeing these many options only reinforces them going with a regretful choice. We’ve all gotten sick of standing in front of people, looking at the menu with our mouths open for dozens of minutes, only to order some terrible beer that we immediately hated, or worse, seemed like a “safe bet” when a new favorite beer was right around the corner.

When this happens with an electric provider, there are often contracts in place that require you to stay with them for a certain period. So, a more accurate comparison would actually be if you ordered a terrible beer and the bartender said “Now you have to order this at least 12 more times.”

You Aren’t Trapped! Compare Options in Seconds With Power Wizard!

Power Wizard instantly evaluates the many different options “on tap” in your area and serves you up the options you’ll like the most. All of this happens in seconds, enabling you to tap into the power grid efficiently with Power Wizard’s Shopping Tool.

Want to keep learning about the grid? Keep reading for more information! 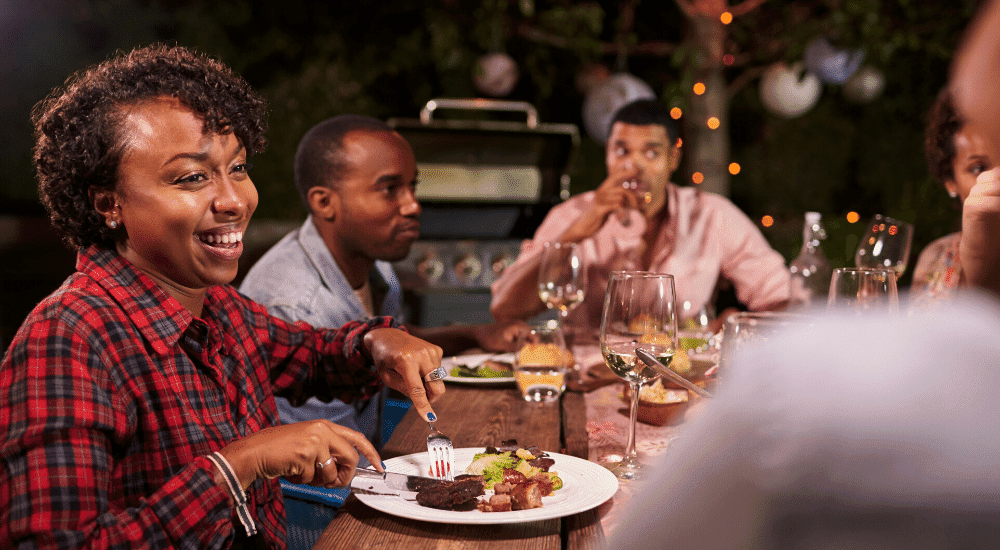 What Is An Electric Power Grid?

The power grid begins where electricity is made (or generated) from natural gas, oil, wind, or solar sources. Transmission and distribution facilities also make up the power grid. These facilities include the power poles and the power lines that are in the network.

Is There A Difference Between An Electric Grid And A Power Grid?

The short answer to this question is no, there is no difference between an electric grid and a power grid.

There is not any difference between an electric grid and a power grid.

Essentially, it is simply two different names to describe the same thing.

A power grid is essential for electricity consumers.

After all, it is how electricity gets from the power source to the homes of consumers. All of the components that make up a power grid control how electricity is transmitted and delivered to electricity consumers, businesses, and industries.

The better the power grid is, the better it is for the consumer. 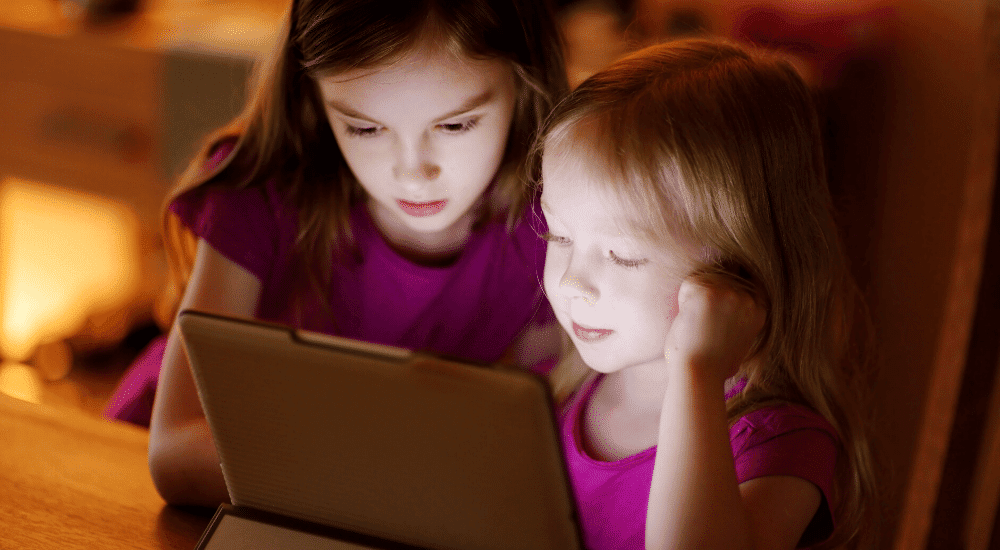 Since Texas has its own power grid, it means that it has its own means of distributing electricity across the state.

Is Texas On Its Own Power Grid?

Texas is the only state in the lower 48 states to have its own power grid.

Other states in the country depend on power grids from neighboring states and across state lines.

How Many Texas Power Grids Are There?

The state of Texas only has one power grid – the ERCOT grid, which stands for the Electricity Reliability Council Of Texas.

Why Is Texas On Its Own Power Grid?

The primary reason Texas is on its own power grid is that the state did not want to depend on other states to provide energy to its residents.

Third, Texas is a massive state. Texas has to generate and supply a huge amount of energy to a ton of consumers in the state – more so than other states in the country. Being on its own power grid makes this possible.

How Are Consumers Impacted By The Texas Electric Grid?

Since Texas has and controls its own power grid, it helps to ensure that electricity is consistently on because Texas is not relying on another state or area for its electricity.

If there is a power outage or broken equipment, Texas is solely responsible for repairing and maintaining its own equipment and getting the power back on.

This can allow the state to maintain low outage rates.

Having its own power grid also allows Texas to utilize renewable energy, such as wind and solar, instead of depleting natural resources such as natural gas, coal, and oil.

Who Controls The Texas Power Grid? 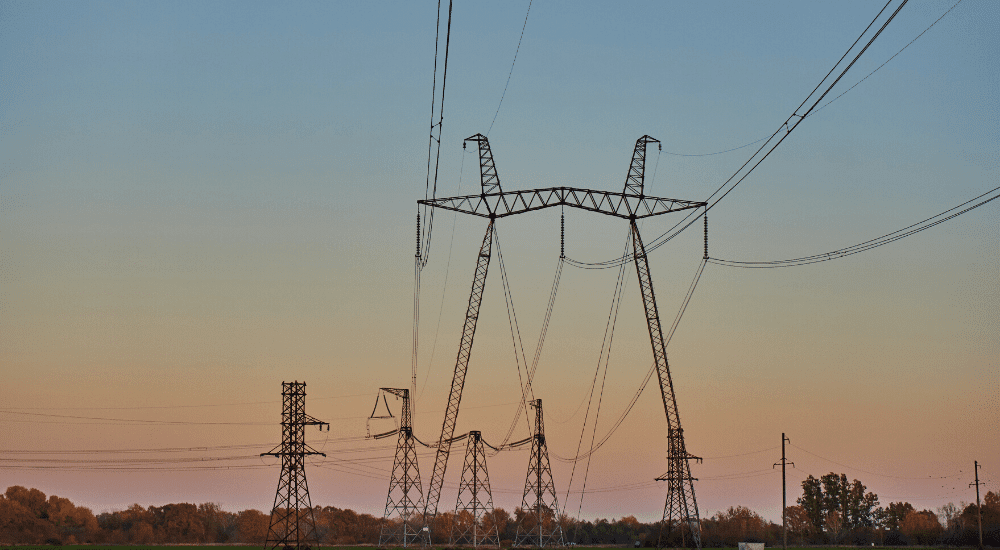 If you look at the Texas electrical power grid map, the Electricity Reliability Council of Texas provides approximately 60% of the electricity in Texas.

The Electric Reliability Council Of Texas is responsible for the electric grid connecting 46,500 miles of transmission lines and over 650 generation units in the state of Texas.

Is ERCOT A Government Entity?

The Electricity Reliability Council of Texas is not a government entity. As mentioned above, it is a membership-based nonprofit organization.

The Public Utilities Commission of Texas and the Texas legislature oversee the Electric Reliability Council Of Texas.

How Does ERCOT Handle Blackouts?

The Electricity Reliability Council of Texas has a special protocol in place to handle blackouts.

To prevent and limit blackouts, the Electricity Reliability Council of Texas has a five-stage process that includes normal operation conditions and rotating (or rolling) blackouts.

How Does ERCOT Handle Power Shortages?

The Electricity Reliability Council of Texas (ERCOT) has a three-level alert system in place to handle power shortages with ERCOT zones by county.

What Is Specifically Unique About Electricity In Texas?

Electricity in Texas is generated, transmitted, and distributed all within the state of Texas, which is specifically unique to the state.

Many other states receive electricity that is generated from another state or states.

Advantages Of A Texas Electric Grid

There are several advantages to Texas having its own electric grid.

One of the primary benefits of Texas having its own electric grid is that Texas has stable access to energy because it does not have to depend on another state. The need to deliver electricity across state borders to other states disappears since Texas maintains and manages its own grid.

Having its own grid means it is easier for the state to upgrade, maintain, monitor, and control electricity, which also makes it more stable.

Another advantage of managing your own electric grid is that the state can keep up with technology in a faster and more effective manner.

This allows the state to take advantage of cleaner sources of energy, such as solar and wind.

This means the board can have a better idea of the issues and problems that face the energy industry and consumers.

The board is made up of 16 members and has to include:

The board is responsible for:

Finally, Texas having its own electric grid means that it creates jobs within the state. Delivering and maintaining the grid requires educated professionals and specialists in running the grid.

Disadvantages Of A Texas Electric Grid

There are a few disadvantages to Texas having its own power grid.

Areas on the grid that have power plants that burn fossil fuels emit carbon dioxide into the atmosphere.

As a greenhouse gas, carbon dioxide causes the Earth’s temperature to rise.

When areas in Texas experience power outages, consumers only have the state of Texas to depend on to get the grid operating properly again so they get their power back.

While the Electric Reliability Council Of Texas does have a backup plan to bring electricity in from other states, if necessary, it is only used as a last resort effort. They try to do everything to use their own electricity first but if all else fails then the Electric Reliability Council Of Texas turns to other states for help.

The Electricity Reliability Council of Texas and the Texas electricity grid have one of the lowest reserve margins of any electricity market in the United States.

This means that the Texas market has a small buffer zone of extra capacity.

In times of high electricity demand, this makes it difficult for the Texas power grid to keep up with the demand.

How Is Electricity Pricing Impacted By The Texas Electric Grid?

How Can Consumers Ensure They Are Getting The Best Electricity Prices In Texas?

Finding the best electricity plan can vary greatly from person to person and from situation to situation.

There is a myriad of factors that must be considered for individuals to truly ensure that they are getting the best electricity prices in Texas.

There are two primary choices that consumers have when embarking on the search for the best electricity prices and plans for them and their individual needs.

Of the search options you have, the manual search is definitely the most complex process.

The manual search process can create a lot of stress, confusion, headaches, and wasted time.

If you are not scared of a ton of hard work, here is what the manual search process entails :

With the Power Wizard  Savings Estimate can help you find the hands-down best plan for you when all of the relevant factors are taken into consideration (age of home, size of the home, etc.).

The Power Wizard Savings Estimate puts your search for the best electricity plan on autopilot.

All you have to do is answer a few quick questions – questions you likely already know the answers to off the top of your head.

It is information such as:

As a bonus, Power Wizard signs you up for the plan once you choose it.

As another bonus, Power Wizard continues to monitor your plan, your electricity usage, and the electricity market. So if a better plan for you comes to the market, Power Wizard lets you know so you can decide if you want to make the switch.

If you do decide to make the switch, Power Wizard will sign you up for the new plan and cancel your old plan for you.